Halloween in suburbia, 1958, as depicted by John Falter. Is it just us, or does that car look a little like a pumpkin? (And vice versa. Love the square lack-o-lantern.)

≈ When Time Is Short — Whatever the Load —

It’s a Chevrolet job! Moving payloads up to five tons in a matter of minutes is a large order for most trucks. But Chevrolet trucks aren’t “most trucks.” They’ll meet your road schedules. They’re safe, sure and rugged. Advance-Design gives you profitable load space — and plenty of it. There is a Chevrolet truck for every hauling need  . . .

Blah blah blah. The text of this Chevrolet truck ad from late 1950 pales in comparison to the Peter Helck illustration above it. There is so much to see that we’ve included link to a jumbo-size jpeg.

Meanwhile, back at the ranch, more crate labels  . . .

≈ What’s the Best Kind of Happiness?

Whether it’s a party for friends of just a quiet evening at home  . . .  your Motorola TV will add plenty of pleasure with its variety of entertainment. Drama, music, sports and educational programs  . . .  all these are yours on Motorola’s big-screen, photo-perfect television! Sharp, steady pictures with just two simple controls  . . .

54,000 shopmen see to it that the freight cars and locomotives of the Pennsylvania Railroad are in first-class condition for any demand. With industry geared for new production records, America’s railroads, the bone and sinew of transportation for both industry and defense, will face an all-time-high demand for freight cars.

This March 1951 ad for the Pennsylvania Railroad, a few months after the outbreak of the Korean War, reflects the demands of defense mobilization on industry and was also a bit of propaganda from the days when railroads, heavily taxed and regulated, were facing increased competition from the airline and trucking industries.

Big job? That’s one for Chevrolet trucks with Loadmaster 105 h.p. engine. They’re loaded with power — greater net horsepower than any of the five most popular standard equipped makes in their weight class, 13,000 to 16,000 lbs. G.V.W.  . . .

From 1951, an illustration by Peter Helck.

≈ Sing Along With Olds

The Futuramic 1950 Olds 88, equipped with Hydra-Matic and lyrics.

≈ Your Family Deserves the Best!

No other orange can compare with the California navel for delicious, zestful flavor. Insist on Sunkist Navels, always the finest quality from California and Arizona  . . .

From 1950, oranges three ways, and can anyone paint like this anymore? Someone please tell me they’d like this as a print.

≈ Trailblazer of Cars to Come

This is a new day  . . .  a day when you think twice about buying a warmed-over version of a traditional car. And you look for that one car which is setting the pace for cars to come. Only one car meets the hopes of yours for the car of tomorrow. It is the FRAZER for 1949. There’s one near you, waiting for you to see it  . . .  waiting for you to drive it  . . .  Kaiser-Frazer Corp., Willow Run, Michigan.

The Frazer and its twin the Kaiser did a creditable business the in seller’s market after World War II, but like most of the independents it disappeared from the marketplace in the 1950s.

From December 1948, Santa takes along a bottle to ward off the chill.

In case you were wondering about all that sawing and hammering down in the basement — and where the heck were we this week? — the answer is, cobbling together the crate-art Web site. So here it is. And tread carefully. Last time we checked there were loose nails and broken links all over the place.

≈ The Prince and the Peasant

From 1949, one of two similarly curious Coca-Cola ads in our archives illustrated by the American artist Hananiah Harari. An abstract painter with a distinguished career that went back to the early days of surrealism, he had a sideline in commercial art ended by a letter-writing campaign and then the blacklist in 1950 for an unflattering cartoon of Douglas MacArthur in the socialist tract New Masses. His talent for trompe l’oeil is evident here in a Coke ad that doubles as cryptic political allegory: photo of Joe Sixpack next to the image of  a Slavic-looking farmwoman with a sickle in her hand. Plus, knitting, bookkeeping and string. What does it all mean?

≈ Box of Oranges, Anyone?

Our collection of old fruit crate labels is growing like topsy, and we’ve been scanning them like mad. Rather than expand the Plan59 crate label gallery any further, we’re moving them to a new domain. Stay tuned  . . .

≈ Do You Believe in Flashlights?

No other battery is made like an Olin. It has a magic new ingredient — Solinite — that works from the inside to stop the sticky ooze that “shorts” batteries and ruins flashlights. It doesn’t just “dam up” the ooze — it prevents it from forming  . . .

≈ The Power of Leadership

There is a lot of happiness and pleasure in the knowledge that, behind the wheel of the Chrysler New Yorker, the Power of Leadership is yours. Leadership in beauty and style. Leadership in performance — in comfort — in safety — Leadership in the prestige that comes with the ownership of anything superlatively fine, and eagerly desired, both by those who can, and those who cannot, unfortunately, afford the finest. The Chrysler New Yorker and New Yorker Deluxe Models for 1954 are superlatively fine — beautiful to look at — thrilling to drive — comfortable to ride in — safe beyond comparison — and, they uphold, with pride and dignity, the traditions of those who have long known the power of leadership  . . .

Another of Larry Baranovic’s noirish illustrations; today’s reading from the sales catalog makes liberal use of italics and snob appeal. 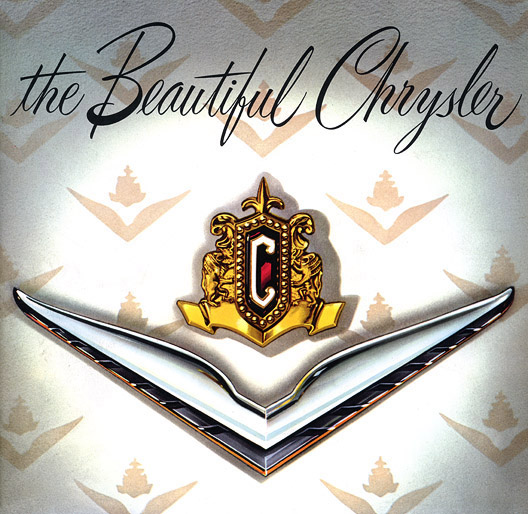 For 1954, out thirtieth anniversary, Chrysler again presents an outstanding car — the New Yorker Deluxe Model. This most desirable car has the 235 horsepower FirePower V8 engine, with the Hemispherical Combustion Chamber  . . .

Chrysler’s FirePower V8 engine, the “hemi” of hotrodding fame, powered the New Yorker Deluxe for 1954, pictured here in the sales brochure by one of our favorite illustrators, Larry Baranovic.

Here are the trucks that are causing all the excitement at truck stops and loading docks! They’re the Power Giants for 1960, and they’re all new — from broad-shouldered radiators to rugged rear axles. They’re full of new ideas, too  . . .

More from the Mystery Artist, whose scenes always include a stylized sun blazing away in the sky. Sometimes white, sometimes blue, sometimes yellow or even with a face, this time it’s orange.

This postcard from circa 1957 is a personal blast from the past. One of the first restaurants your webmaster remembers from growing up in Miami is Holleman’s on 79th Street at Seventh Avenue (there’s still a Holleman’s in Miami although at a different location). Dimly recalled: High chairs. Iceberg lettuce with blue cheese dressing. Crackers in cellophane. Fried shrimp. Bubble gum at the cash register.

The very first restaurant we can recollect is the B M Diner, across Biscayne Boulevard from Bay Point and our house at 560 Pidgeon Plum Lane. Mom would take us there for grilled cheese sandwiches, still one of our favorite foods. This postcard view is from 1959. We wonder what ever became of Bill Moskos. The diner itself is long gone.

Ages ago, Tom Munoz in California bequeathed to us a fabulous trove of Kodachrome slides he unearthed at a thrift store. And we are just now finally getting the latest batch online. Here for your viewing pleasure we have (alas, no dates or locations): Metropolitan Supply, a 1956 Chevy on the rocks, a 1961 Olds Cutlass in suburbia, hanging out in the den, Hawaiian Airlines, and a merry blurry Christmas. We love the two blue couches upholstered in what looks like nylon. Nowadays they look three-quarters scale and, if memory serves, would be more scratchy than cushy. 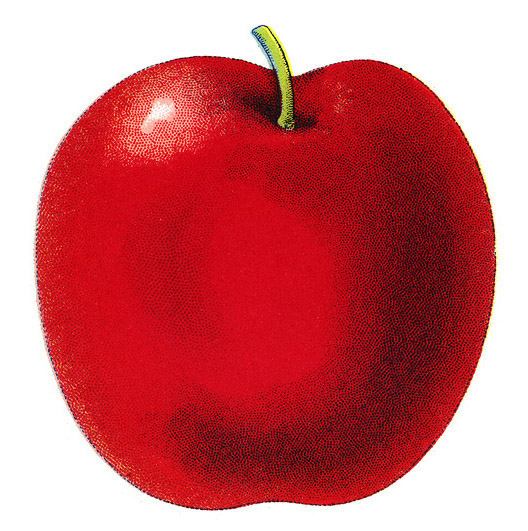 We’ve just gotten done scanning the first of dozens of old fruit crate labels that arrived this week at Plan59 headquarters, and have launched a new gallery. They were made in the 1920s and ’30s using stone lithography (a bit of a redundant term — “litho” means stone, but the original sense of the word has been lost with the advent of offset lithography, which uses metal plates and a rubber web instead of a polished rock), which gave super-sharp, detailed and color-saturated results.

≈ World’s Oldest and Most Thrilling Sport!

If there’s one thing a Web site devoted to mid-century illustration isn’t complete without, it’s  . . .  a gallery of 1950s pro wrestling stars. Herewith, seven selections from a 1955 calendar illustrated by pinup artist Vaughan Bass, whose creations include the Sunshine Bread girl, said to have been modeled on his daughter.

≈ Once in a Blue Sun

It’s happy birthday to YOU — when you help Dairy Queen celebrate with this luscious treat! With big, plump strawberries set temptingly in smooth Dairy Queen, it’s a treat you won’t want to miss. This 16 cent special value Strawberry Sundae  will be waiting for you — red, ripe ’n ready!  Look for the store displaying the yellow sign on June 16 — it’s their sign of participation in Dairy Queen’s Sweet Sixteen Birthday Sale.

It being fall and all, the Christmas section is officially back until the end of the year. While we were dragging the boxes down from the attic we did a bit of tidying up on the home page, main index and About page. Dust! Cobwebs! Time for a nap.